The Quest For A Morning Star 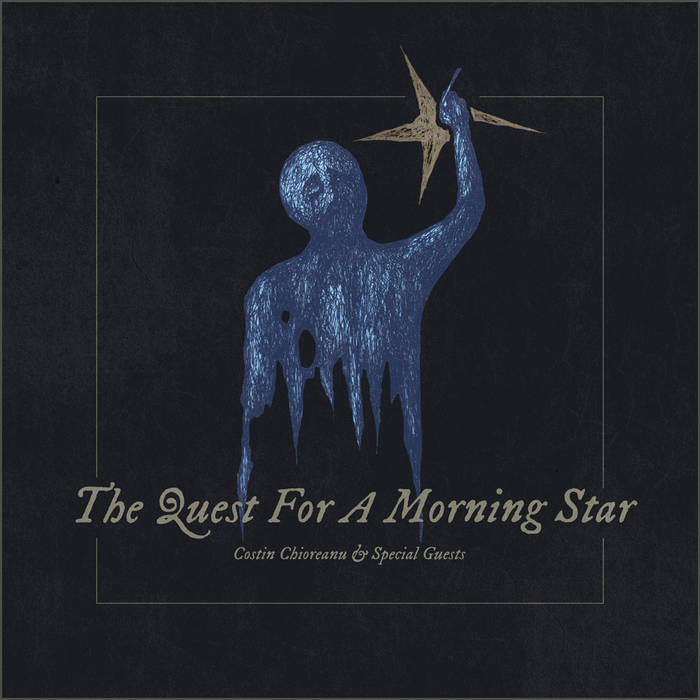 The Romanian artist Costin Chioreanu recently released a collection of music entitled "The Quest For A Morning Star", to raise funds for the victims of the recent tragedy at Club Collectiv, in Bucharest (30.10.2015)
All proceeds raised from the paid digital downloads were donated to a foundation collecting funds for the victims.
His campaign ended on 27.11.2015, and Avantgarde Music took over now a physical release in Deluxe A5 digipack: again all profits will be collected and transferred to the Foundation.

Chioreanu is well known and highly respected for his graphic works for At The Gates, Arch Enemy, Napalm Death, Arcturus, Darkthrone, Mayhem, Ulver and many others. A musician himself, he has collaborated with various artists to create "soundtracks" to accompany his exhibitions in the past. These soundtracks have been made available via BandCamp until 27.11.2015, with all proceeds to be donated to help with medical bills and funeral expenses of those who have been affected by the fire.

What happened:
The Colectiv nightclub fire was a deadly fire in Bucharest, Romania, on 30 October 2015, which killed 60 people (26 on spot, 34 in hospitals) and injured 151. The fire, the worst incident in Romania happened at an entertainment event, occurred during a free concert performed by the metalcore band Goodbye to Gravity to celebrate the release of their new album. The band's pyrotechnics, consisting of sparkler firework candles, ignited the club's flammable polyurethane acoustic foam, and the fire spread rapidly.
Most of the victims were poisoned by toxins released from the burning foam. Overwhelmed by the high number of victims, Romanian authorities transferred some of the seriously injured to hospitals in Israel, the Netherlands, Belgium, Austria, UK, Norway, Germany and France

Chioreanu commented:
"Is very hard for me to find the words to convey the devastating effect of this, so I'll try to just stick to the facts. For our small community of music fans, this has been beyond terrible - many of us here have been friends for many years, and those newer to the scene, we'd still have recognised. The loss and impact is almost too big to comprehend at the moment."

Regarding the original purpose of the music, Chioreanu explains: "I started to create this music in 2011, for a personal project, not directly related to metal music/artwork. When working on this type of project, I like to include the audible space as well as the visual in my work. So, all this music is extremely personal to me, and many of these soundtracks have never been released before. The intimacy of the works makes it feel quite natural for them to be released for a humanitarian purpose like this."

1. Absent Abstract Above
2. An Empire Beneath Oblivion
3. Phanthasma And The Midnight Stalker

Chapter III - Soundtrack for "There Are No Shadows On Our Maps" exhibition 2012
Music composed, recorded, mixed and mastered by Costin Chioreanu (guitar, bass, fx)

5. A Storm Shall Take The Words Away

6. Outside The Great Circle