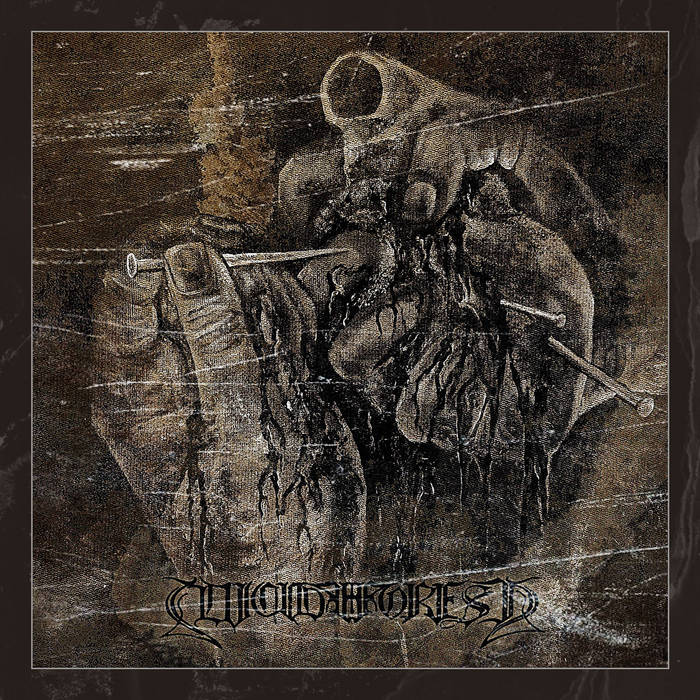 FallenAngel Vinyl! One of my favorite albums of last year now on vinyl.

Sonny92 Unpretentious and uncomplicated atmo-black from Tucson's Austin Kruger, aka Suicide Forest. Not bad for a debut full-length and proficient enough to keep an eye on.

Metallurgical Fire This is a really solid black metal album with some creative and beautiful guitar riffs. I would call it a grower. Very enjoyable. Favorite track: Cold, Dark, Comfort.

Includes unlimited streaming of Suicide Forest via the free Bandcamp app, plus high-quality download in MP3, FLAC and more.
ships out within 5 days
edition of 100
Buy Compact Disc $10 USD or more
Send as Gift
1.
Kingdom of Solitude 09:36
2.
Auto-Immolation 07:37
3.
Longing for Nothingness 09:47
4.
Baptized in Pools of Despondency 03:12
5.
Sea of Trees 09:14
6.
Cold. Dark. Comfort. 09:42
about
Aokigahara, also known as the Sea of Trees, is a 35 square kilometer forest just to the northwest of Japan’s Mt. Fuji. It’s the second most popular place in the world to commit suicide after the Golden Gate Bridge. In 2003, the last year Japanese authorities released official numbers, 105 bodies were found in the forest. The actual number of suicides, however, is nearly impossible to determine, since the dense vegetation and abundant wildlife within the forest can make it difficult to locate and recover bodies.

For a depressive black metal band, any name that references Aokigahara probably seems a bit too on the nose. When that band is as good as Tucson-based Suicide Forest, however, it can be called anything the musician wants.

Suicide Forest is the brainchild of 23-year-old multi-instrumentalist Austin Kruger, who self-released a trio of demos between July 2016 and July 2017: Emptiness, Indifference, and Apathy. The first two were compiled under the name Descend Into Despair and re-released first on cassette in 2017 by Fólkvangr Records, and then on Digital/CD/LP earlier this year by Ascension Monuments Media. With each successive release, Kruger’s performances sound increasingly more confident, and the songwriting is increasingly more daring as a result.

Suicide Forest was engineered by Frank Bair, and mixed and produced in Tucson by A. Kruger with additional production by Chris Wisco (Broken Hope, Jungle Rot, Origin, Novembers Doom), and mastered at The Boiler Room in Chicago by Collin Jordan (Bongripper, Cough, Eyehategod, Gigan).
All music and lyrics by A. Kruger. All instruments performed live by A. Kruger.