Collective: The Shape of He to Come 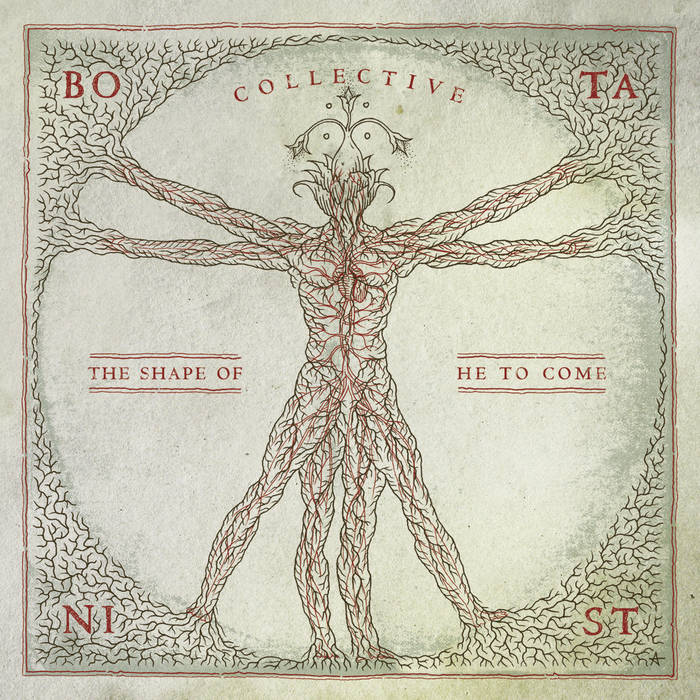 Astaroth Agraz who wouldn't want to worship an apocalyptic plant-human messiah? Favorite track: And the World Throws off Its Oppressors.

curtismlawson This album made me fall in love with black metal all over again.

The Skree of Culloden

The Pit of the Damned

“The Shape of He to Come” is the first of the “Collective” series, meaning that it diverges from the model of Botanist studio albums as the result of Otrebor doing everything, and instead recording more like a full band with distributed responsibilities. “The Shape” stands as a testimonial to the work, time, and effort that six people put into rehearsing, touring, and composing from the years 2013-2016.

Drums performed by Otrebor and taken from a pre-existing session from 2010.
These were given to D. Neal (dulcimer compositions and performances on “The Shape of He to Come,” “The Reconciliation of Nature and Man,” “Praise Azalea, the Adversary,” and “Upon Veltheim’s Throne Shall I Wait”) and R. Chiang (compositions and performances on “Praise Azalea, the Adversary,” “And the Earth Throws off Its Oppressors,” and “To Join the Continuum”).

D. Neal composed all bass parts on the album (except for the parts on “Praise Azalea,” which were composed by Bezaelith).

All bass parts on this album performed by Balan.

Otrebor then composed and recorded the keyboards, wrote all the lyrics and titled the songs. He wrote the melodic vocal lines for “The Shape,” “The Reconciliation,” and “Upon Veltheim,” and performed melodic vocals for these same songs, plus one small harsh vocal doubling of A. Lindo on one section and the spoken word parts at the end of “Reconciliation.”

Bezaelith performed melodic vocals on all but one song, and wrote the vocal parts for “And the Earth” and “To Join.”

A. Lindo (aka Golem) performed the harsh vocals on the album, and composed his parts for “Praise Azalea,” where he also composed and played the harmonium.